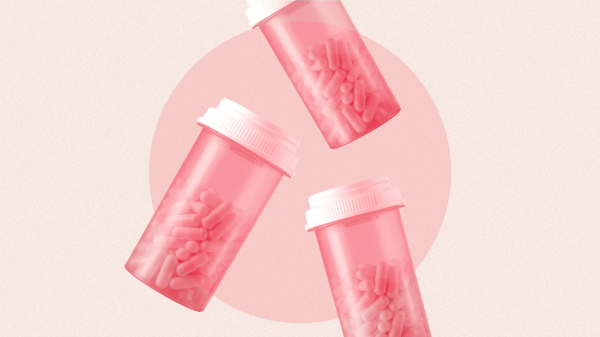 On Monday, June 13,  the U.S. Food and Drug Administration announced its approval of Eli Lilly's oral tablet Olumiant (baricitinib) for the treatment of severe alopecia areata in adult patients. "Today's action marks the first FDA approval of a systemic treatment (i.e. treats the entire body rather than a specific location) for alopecia areata," the FDA wrote in a news release.

According to the FDA, alopecia areata is an autoimmune disorder in which the body attacks its own hair follicles. As a result, hair can fall out in clumps, leaving bald patches and sometimes leading to total baldness. "Olumiant is a Janus kinase (JAK) inhibitor which blocks the activity of one or more of a specific family of enzymes, interfering with the pathway that leads to inflammation," the news release says. Olumiant has been approved for the treatment of rheumatoid arthritis in some adults since 2018.

The FDA reached its decision to approve Olumiant for alopecia areata after two randomized, double-blind, placebo-controlled trials that involved patients who had at least 50 percent hair loss on the scalp for more than six months. Efficacy was measured by the proportion of patients, some of whom received a 2-milligram treatment and some of whom received a 4-milligram treatment, who experienced at least 80  scalp hair coverage at 36 weeks.

"Access to safe and effective treatment options is crucial for the significant number of Americans affected by severe alopecia," Kendall Marcus, MD, director of the Division of Dermatology and Dentistry in the FDA’s Center for Drug Evaluation and Research, said in the news release. "Today's approval will help fulfill a significant unmet need for patients with severe alopecia areata."

More information about the side effects, warnings, and trials is available at fda.gov.